Nine members of the Council are elected to an Executive Board to carry out day-to-day functions of the Council. Members of the Executive Board are appointed on a full-time basis. The Inter-University Council is composed of two persons from each university, the rector and one member elected by the Senate of the university. The main duties are to co-ordinate and evaluate teaching, research and publication activities; to propose measures concerning academic staff; and to establish rules and regulations regarding doctoral work and granting of academic titles and degrees. (www.uak.gov.tr)

The higher education system in Turkey is supervised by the Council of Higher Education (CoHE). The CoHE is an autonomous institution which is responsible for the planning, coordination and governance of higher education system in Turkey in accordance with the Turkish Constitution and the Higher Education Laws. Universities decide upon their own academic calendars; however, academic year generally starts in September and ends in June. There are winter and summer breaks. Summer school is also available at some universities.

Higher education institutions can be classified as follows:

There are following units in the universities:

• Faculty (College): A division conducting higher education, scholarly research and publication. Various departments and programs may be connected to it. It carries out an educational program of at least four years duration that culminates with the award of a Bachelor’s degree.

• Post-secondary School: An institution of higher education which is mainly concerned with providing instruction for a specific profession. It carries out eight-semester education.

• Conservatory:An institution of higher education in which artists are trained for music and the performing arts. It carries out eight-semester education.

Post-graduate opportunities are also available in universities in Turkey. Duration depends on the program and university.

For further details, please click on Higher Education System in Turkey and the related document 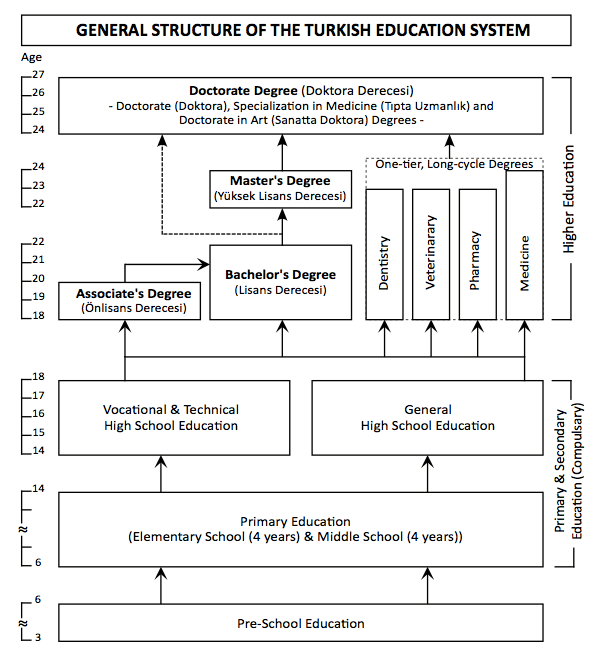 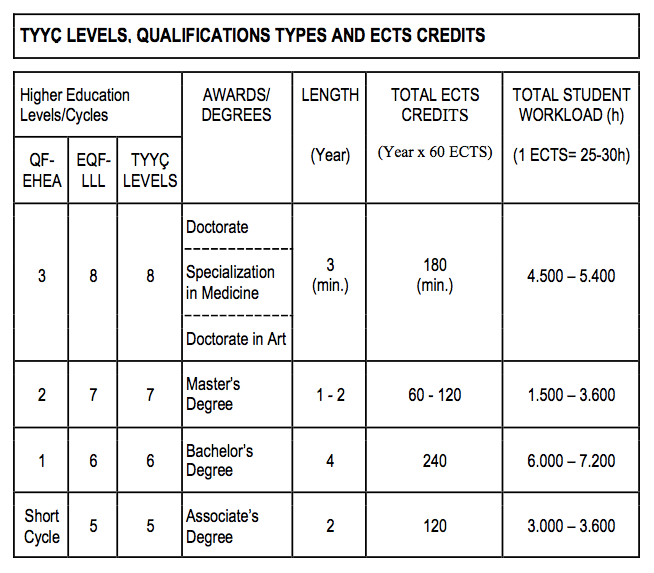